AKnighthoods are one of the oldest and most prestigious forms of honouring individual citizens in the United Kingdom. Although initially conferred upon members of the armed forces solely on the basis of their performance in combat, the award now recognises all contributions to national life. Some of the most notable knighthoods of recent times have been bestowed on musicians or entertainers such as Sir Elton John and Sir Paul McCartney and the fields of finance, industry and education are also represented. Citizens of non - Commonwealth countries are eligible for an `honorary` knighthood for which they are not permitted to use the titles `Sir` or `Dame `.` Perceived to be a British tradition, the legacy of knighthoods actually dates back to ancient Rome, from where it spread throughout a number of European countries in the Middle Ages and acquired certain features. A would-be knight had to undergo strict military instruction from a young age, which included spending time as an assistant (known as an esquire) to an existing knight, and participating in battle. He had to learn how to equip his knight for battle, and to help him with putting on the heavy and cumbersome armour of the time. He was responsible for keeping this armour in good condition, polishing and cleaning it. He also had to demonstrate chivalrous behaviour such as generosity, selflessness, fearlessness and skill in battle. Finally, the potential knight also required the financial means to purchase horses, weapons and armour for himself, and then make himself available to serve the ruling monarch for a minimum period each year. 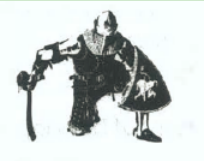 BIn modern times the process is very different. Instead of relying on formalised military training or political patronage, a nominations system is used. This way, a Person` s name can be put forward for a knighthood by any institution such as a school or business, or even just a fellow member of society. After this, an advisory panel, acting on behalf of the sovereign, deliberates and selects the future knights and dames from the pool of applications. Those selected are contacted discreetly before announcements are made to ensure that they wish to accept the honour.

CIn rare cases, knighthoods can be revoked through a process known as forfeiture. This most often occurs when the recipient is convicted of a criminal offense. Terry Lewis, a police officer in Queensland, Australia, was stripped of his knighthood after being implicated in a string of illegal activities that included accepting $700,000 worth of bribes from bookmakers and casinos, and forging the signature of an Australian politician on a police document in 1981. Lewis has repeatedly protested his innocence and suggested that he was falsely accused of these crimes, but his appeals failed in court. In a more serious incident, British art historian and intelligence officer, Anthony Blunt, lost his knighthood after it was discovered that he was working as a double agent and handing confidential material over to the Soviet Union.

DKnighthoods have also been forfeited for reasons of incompetence rather than outright illegality or treason. Having been knighted for `services to banking' in 2004, CEO of the Royal Bank of Scotland, Fred Goodwin, presided over a 24-billion­pound loss at the bank just four years later. Although retaining a 16-million- pound pension, to which he was legally entitled, Goodwin had his knighthood annulled as the Queen`s advisory panel deemed him `the chief decision maker at the time'. Scandals such as these have contributed to spirited debates regarding the role and relevance of knighthoods in 21st-century society.

The Commonwealth is an international association consisting of the UK together with states that were previously part of the British Empire and dependencies.

11 - 13 Which THREE of the following are reasons given in the text for people losing their knighthoods?